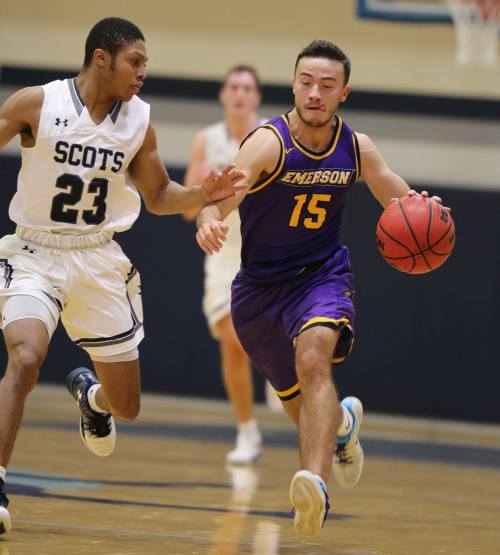 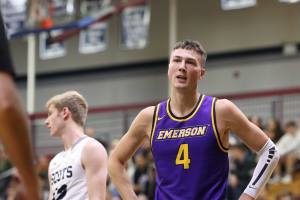 (Wenham MA) “It’s only one game,” said Coach Tod Murphy afterwards, “and I’m not going to throw in the towel.”

Then reality set in!

Emerson put together a 57-point second half while Gordon self-destructed in the last eleven minutes.  The final was 99-79.

Seven players graduated from last season’s 23-5 team including GC’s all-time leading scorer Garrisson Duvivier.  The limited number of go-to guys set the Scots up for a sizable dry spell as the game wore on. 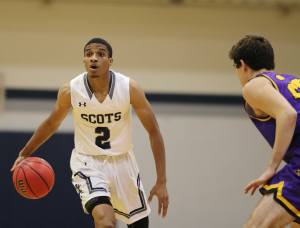 “We’re using players who haven’t played very much at Gordon,” said Coach Murphy.  “We were counting on David (Massillon) to be a role player for us, but he’s injured.”

Emerson (2-0) was a bad matchup for Gordon because they have most of last year’s good team (16-12) still in place.  The Lions won the NEWMAC post-season tournament last year.

That 63-62 deficit turned into an 83-67 advantage 4+ minutes later.  The Lions made six-of-eight field goals during the run and added seven-of-eight free throws. 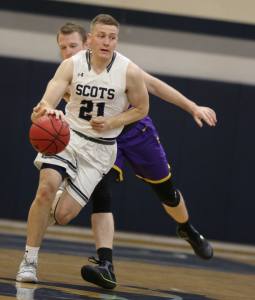 During Emerson’s decisive second-half, 20-5 run the Scots made just 2-of-8 shots and had nine turnovers.

“We’ve got to be smarter when the other team makes a run,” added Coach Murphy.  “Tonight we just compounded the problem.”

Gordon had difficulties long-range in the second half and the Emerson defense was good enough to make drives to the hoop a challenge.

Goodly number of folks in the student section tonight.  They were very active in the competitive first half but became quieter and quieter as the game got away from the home team in the second half. 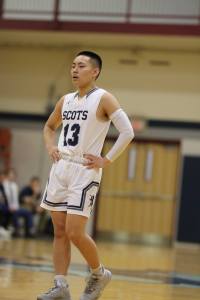 Coach Murphy played some freshman in the first half out of necessity.  In the second half, Emerson’s separation on the scoreboard enabled us to catch a glimpse of all the newcomers.

One noticeable stat was assists.  Emerson had eighteen successful shares.  Gordon had only nine.  Poor shooting is partly to blame for GC’s small number.

The Scots won’t play again for a week.

Gordon’s next six games are all away from the Bennett Center. The Commonwealth Coast Conference reigning champion Nichols Bison will be in for the next home game (December 10th).

Efficiency is arrived at by subtracting the negative stats from the positive stats.  In the decisive second half Emerson was 80 and Gordon 27.

One enterprising young man visited with both coaches afterwards.  Why?  Both Bill Curley and Tod Murphy had NBA careers and cards.  The collector came away with two signed cards. 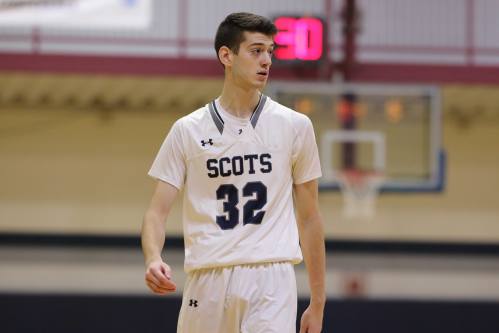 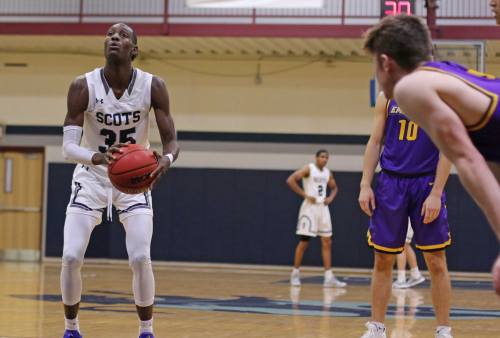 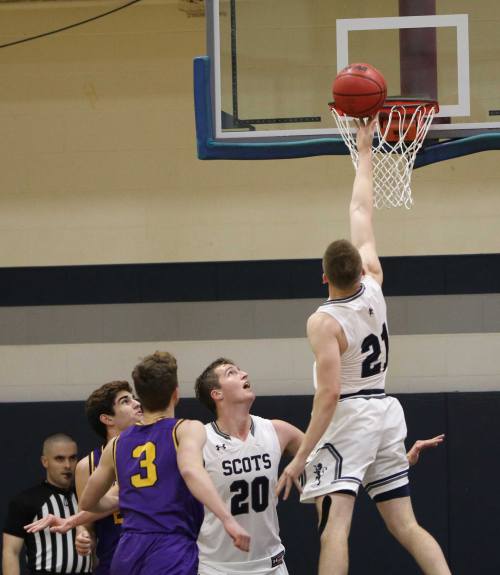 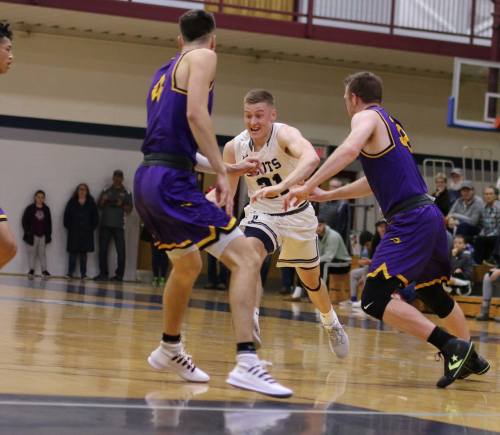 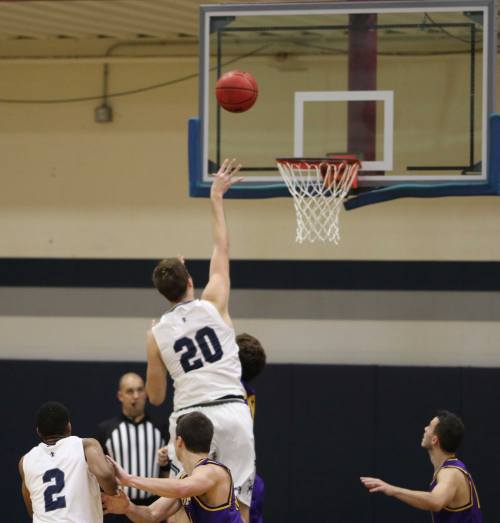 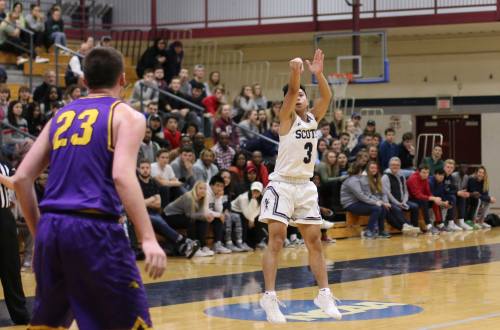 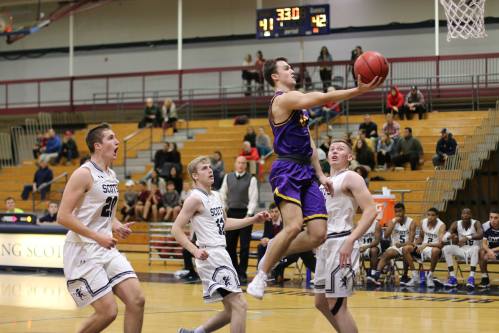 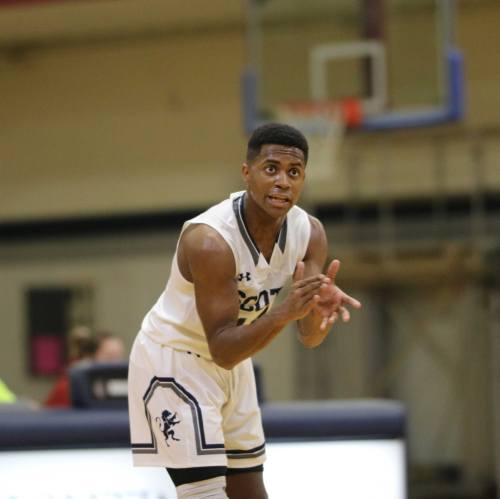 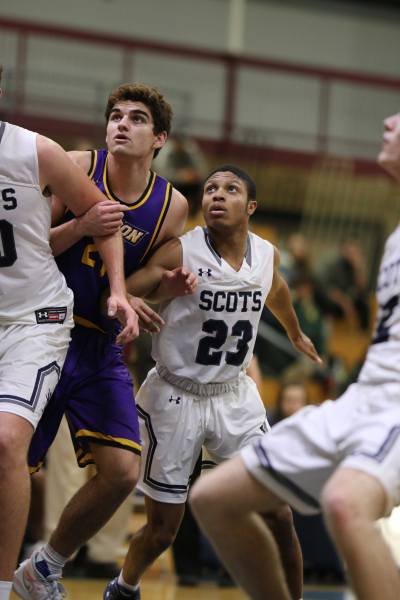 Looking for a rebound 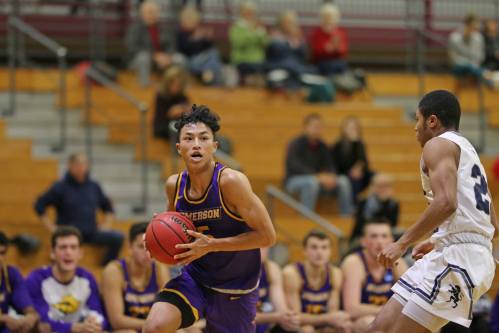 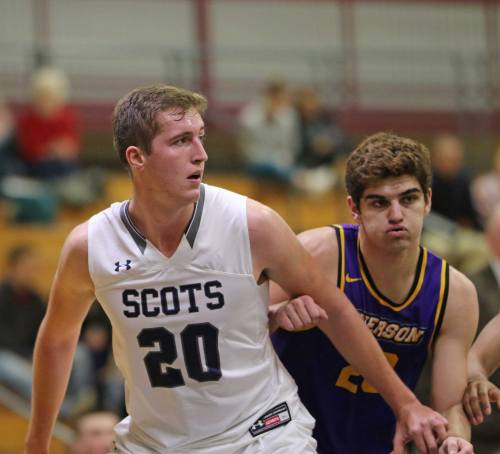