UNE scores in the closing seconds ousting Gordon from the playoffs 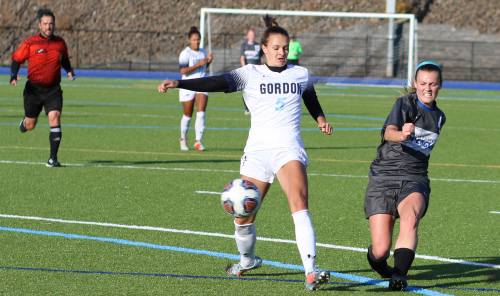 The clock was winding down on a scoreless game and the Gordon announcer was counting down the seconds………and UNE’s Katie Beaudoin was full speeding down the left side.

“The countdown helped,” said Katie afterwards.  “I knew it was getting close and we didn’t want to go to overtime.  There was no time to pass.  I was definitely shooting.”

And shoot she did and off the hand of GC goalie Giselle Maso the shot went and into the far corner.

There were only 2.7 seconds left in the game!

Katie Beaudoin (4) under the scoreboard that shows the time but not the goal she just scored.

“She (Katie Beaudoin) is one of the top players in the conference and she came through for them,” said Gordon coach Chuck Breton.

The win puts the Nor’Easters into the Commonwealth Coast Conference finals on Saturday.  Definitely a game they are not all that familiar with.  The last time?  Eighteen years ago. 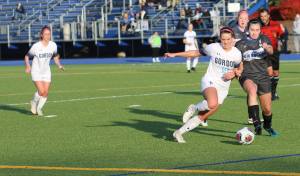 I expected that Gordon would find a way to win this game because they, on the other hand, had been to the championship game five of the last six years.  And furthermore, the Scots had won eight of their last meetings with the team from Biddeford (ME).

But that’s why you show up.  You don’t know how things will end up.  Today’s game certainly had a shocking ending.

“The previous coach told me that we (UNE) had struggled with Gordon in the past,” said UNE coach Carly Gettler.

“We just kept at it today,” she said.  “As the clock was winding down I was worrying about overtime because some of my key players were pretty gassed.” 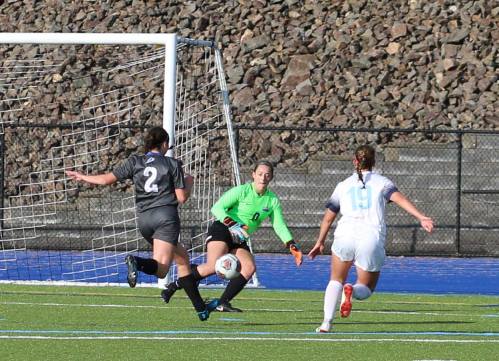 But overtime never came and there was plenty of excitement among the visitors at the end of the game. 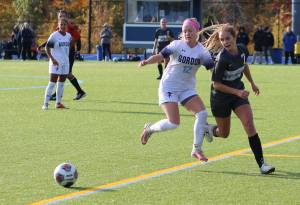 “UNE did a good job of imposing their style of play on us,” explained Coach Breton.  “We wanted to be more attack-minded.”

And why not?  The Scots have the two top scorers (Lexi Potter & Asha Steele) in the league.  Lexi was named the Offensive Player of the Year because of her seventeen goals and six assists.

Gordon wanted to shoot early and often as they had in the previous 1-0 win over UNE in September.  The Scots had 20 shots on that day and UNE just 8.  This time the shots were almost even.

Goal keeper Jenna Pannone was challenged several times but not too seriously.

Gordon had several corner kicks but only a header on one of them by Monet Marshall was a serious threat.

Gordon (11-7-1) will have to wait until next year for another title attempt.  Last title? Twenty years ago.

GC’s Chuck Breton was the CCC Coach of the Year for the first time. “Today was a great game,” he said.  “It could have gone either way.”

This was my first time doing/seeing a game at the Brigham Athletic Complex.  Impressive field.  Plenty of seating.  Decent parking. 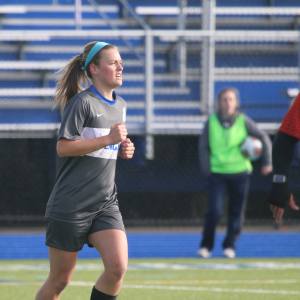 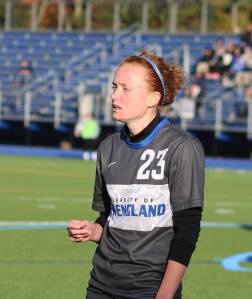 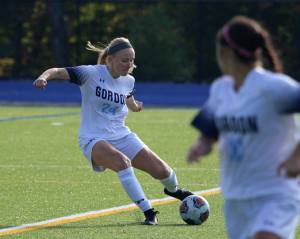 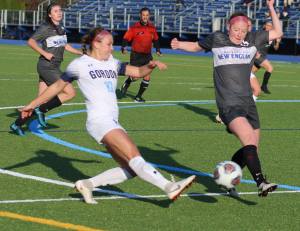 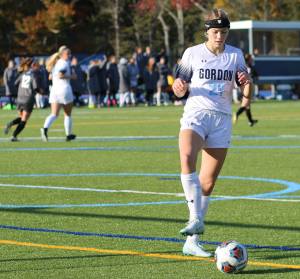 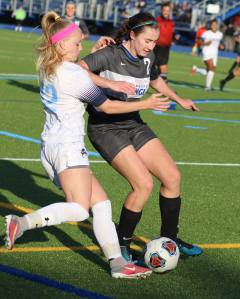 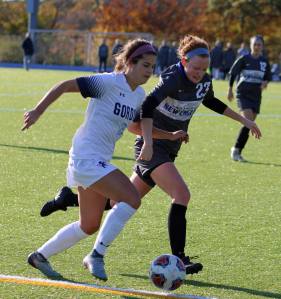 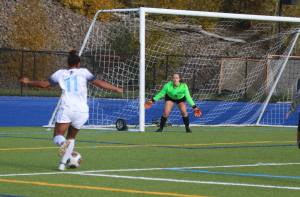 Asha Steele lines up a shot